MANILA, Philippines—Indian nationals who regularly travel overseas may now enter the country without a visa and stay here up to 14 days, the Bureau of Immigration (BI) said.
Immigration Commissioner Ricardo David Jr. has issued a memorandum circular allowing Indian nationals to enter the Philippines visa-free so long as they are holders of a valid visa from the European Union (EU) or any of six other countries. 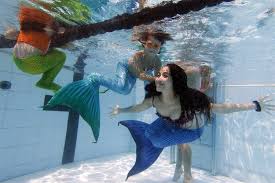 Aside from EU’s Schengen visa, David said the visa-free entry privilege may also be availed by an Indian with a visa from either the United States, Canada, Japan, Australia, Singapore and United Kingdom.
“Indian nationals who avail of this scheme will be granted an initial stay of 14 days, which may be extended for an additional seven days,” the BI chief said in a statement.
However, he added that in no case shall an Indian national’s stay exceed 21 days, which is the maximum allowable period that he can stay in the country.
Previously, Indian tourists must apply for an entry visa with a Philippine consulate in their port of origin before coming here.
According to David, the new policy is based on a Department of Foreign Affairs circular issued last February which aims to draw more foreign tourists to the country.
The rules provide that aside from having any of the seven visas, an Indian traveler’s passport must be valid for at least six months and that he or she must have a return ticket or an onward ticket to the next country of destination.
Also, the Indian national must have no derogatory record with the BI, the National Intelligence Coordinating Agency and the International Criminal Police Organization (Interpol).
Lawyer Ma. Antonette Mangrobang, BI spokesperson, said that Indian tourists availing of the scheme may enter the country only via the three terminals of Ninoy Aquino International Airport.
“Furthermore, Indian nationals admitted into the Philippines via this scheme cannot apply for conversion of their status to other visa categories,” Mangrobang said.
Posted by Abroadtrip at 01:00