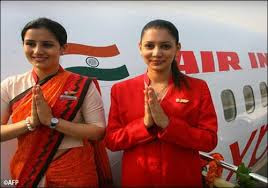 Airport is a Place where airplanes and other aircraft take off and land and load and unload passengers and cargo Air travel has become the chief means of long distance transportation and modern aircraft provide the safest means of travel .Every day the world s airport handle million of passengers flying on thousands of commercial airplanes for business and leisure travel.
Big-city airport are busy exciting places Overhead planes approach the airport on assigned routes called traffic patterns. On the ground one plane after another takes off. Automobiles, buses and taxis pull up to the passenger terminal to pick up or drop off travelers. Thousands of people jam the terminal area most of them are travelers. Some are airport and airline employees. Other go to airports to greet athletes politicians and other celebrities and to meet friends and relatives arriving for a visit.

The largest airport resembles small cities. Many have hotels restaurants banks post offices and shops as well as their own police force fire departments medical facilities are important and useful for passengers and employees at an airport When lengthy flight delays or emergencies arise such service can become vital, Airports differ from other transportation terminals such as bus or train stations, in two imports ways (1) airports require more land, and (2) airports are usually located away from the centers of the cities they serve. An airport needs much more land to accommodate the same number of passengers as a bus or train station. A large bus station may cover about 9 acres (3.6 hectares). But a medium-sized city airport needs from 700 to 3,000 acres (280 to1, 200 hectares) the largest airport in the world-king Khalid international Airport near Riyadh, a city in Saudi Arabia –covers 55,510 acres (22,464 hectares). The largest airport, has an area of about 34,000 acres (14,000 hectares)

In the United States cities counties, states, or public counties, states, or public corporations own most large airports many small airports  are privately owned The Federal Aviation Administration (FAA)licensee aircraft  and pilots .The FAA also regulates safety and sets certain design and operations standards for airports in addition the FAA operates air navigational aids and controls air traffic The Canadian Ministry of Transport licenses airports and aircraft in Canada more than 150 countries including the United States and Canada belong to the international Civil Aviation Organization (ICAO) of the United Nations. The ICAO establishes standards for its members in such areas as airport safety operations and air traffic control.

For inquiries or reservation: -